I need some help

There's a fairly long story but I'll try keep it short. Took my car for a carbon clean, it ran the pre-clean dyno run fine, ran the post-clean dyno and test drive fine as well. The garage then go be to refit the undertrays and when reversing the car out, they reported "clutch failure". I then have a lot of back and forth trying to figure out what "clutch failure" meant.

Eventually I learn that the technician heard a lot of mechanical noise/grinding from the bell housing area, which they suspected was a clutch plate spring had broken and was dragging around the inside. They couldn't confirm without dropping the box. The car was undrivable.

I was suspicious and quite frankly couldn't justify their labour rates, especially quoting 15hours to remove and refit the gearbox, but they would cap at 10 or 12 hours as a good-will gesture... Yeah... Good one...

Cutting to the chase, I had the car recovered to another garage who were able to remove the gearbox, inspect the whole car and reported the issue with pictures in about 4 hours of them working on it.

Can anyone identify this bolt or give an idea of where it might have come from, considering the car was fine up until the carbon clean? Should there be a bolt in the second picture at the back, which could have been dropped? These are the only pictures I have at the moment. 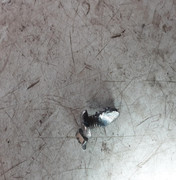 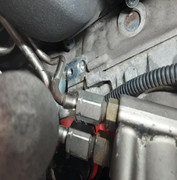 I'm hoping (unlikely) that I can build up a case and recoup some money for unnecessary work caused by negligence.

Any suggestions or theories welcome

Picture 1 looks like one of the bolts from the PCV located near the firewall right abowe the bellhouse.

My thoughts exactly, not even a hint of clutch slip or mechanical failure before going in. The fact the engine lift bracket is missing (thanks MT for identifying) but was clearly removed for the carbon clean based on how clean the thread is vs surrounding area. Very probable the bolt from this might be the culprit?

I had the service done at the same time but nothing directly with the bell housing.
Call me Al...

The bolt from liftingbracket looks different. But the bolts from PCV, oilfilter looks like your bolt. I think these parts has to be removed before lifting manifold. 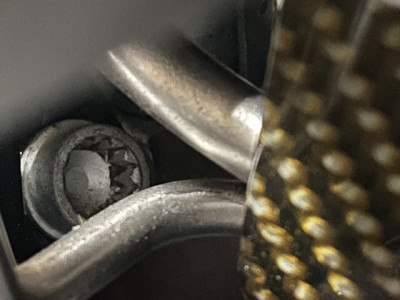 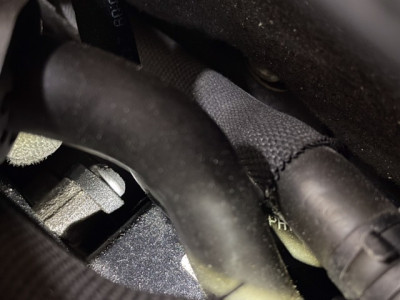 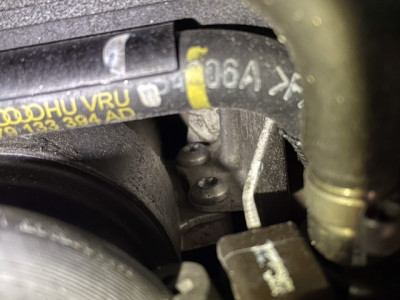 All worked out in the end. The original garage agreed to cover all costs after showing them the images, so haven't lost anything except a week of stress...

They found one bolt missing, same as you've got pictured there MTBear, thanks for your input

likely it was dropped down the back of the engine and found its way into the gearbox inspection hole, whatever the odds are for that! 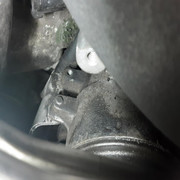 Sent from my HD1903 using Tapatalk